Splitting Hairs: Why “Muscle Confusion,” Is Wrong And What To Focus On Instead for Muscle Training

Splitting Hairs: Why “Muscle Confusion,” Is Wrong And What To Focus On Instead for Muscle Training

Muscle confusion is one of those terms that sounds very enticing. It’s almost sexy to imagine yourself confusing your muscles. It feels like you’re playing a game of push and pull with your body.

As if your muscles are a hot babe you want to bed, and you’re trying to seduce them.

“Yeah, man. You have to confuse your muscles.” “They like intrigue, subtle hints and mystery.”

It’s dubious how well that works with women, it’s even more inane to say it works for your muscles.

Your muscles are straightforward. They respond the way they respond. For example, there are only five to seven actual athletic movements which skeletal muscle assist. They are:

Some experts add in the following two,

These are from two guys, Dan John and David Whitley, that know FAR more about practical kinesiology than I know. They are true scientists of athletic performance. I’m sure an extremely intelligent, but theoretically based scientist would say there’s more.

But in terms of results that matter, these are the staples to concern yourself with. Yet, people get obsessed with the idea of confusing their muscle when your muscle can’t be confused.

Every athletic thing you do, from getting up out of the coach to running miles a day, is some form or type of the above movements. But I appreciate good marketing.

This is what muscle confusion amounts to at the end of the day.

It’s great marketing. Programs like P90x and Insanity have convinced people that making slight alterations to movements confuses the muscle.

No, muscles are doing a variation of the basic movement. The only advantage is that you are working slightly different angles when you change your exercise.

For example, a front squat does work your body in a different way than a traditional back squat.

When you put the bar in a front-loaded position (on your hands or collarbone) you put more resistance on the quads, abs, and frontal stabilizer muscles of the body.

A back squat puts more emphasis on the posterior chain (the glutes, hamstrings and back muscles). But, the following is still true.

You see, a squat is just a flex of the hip and knee joints until the knees are parallel (hopefully) with the hips. This is true whether the bar is low on your back, high on your back, in a frontal position on your collarbone, done while holding a kettlebell etc.

Every variation is just that, a variation of squatting, and so the basic operation remains the same. Now, there is absolutely nothing wrong with a training program that varies angles and types of movements.

In fact, it is a totally necessary thing for proper physical development. That’s because no one variation of any movement properly hits all the muscles.

This can be a program for symmetry and aesthetics if you care about that kind of thing.

Bodybuilders, in particular, need to keep this in mind when designing their training.

But let’s say you’re a powerlifter, athlete or general gym rat who “doesn’t care about aesthetics,” even though we all know that’s a lie.

It’s still just as important. You WILL get injured if you don’t balance out musculature development. This is not a maybe, might, could, possibly kind of thing.

No, it’s a one hundred percent guarantee that you will get injured.

It’ll likely be a bad injury too.

If you’re lucky, your body will give you a small warning sign injury to let you know what’s going on.

Ignore that, and you’ll pay the price, big time.

I know it sounds cool to have a big bench, squat or deadlift. It is good to have good numbers in those things because they do show a certain level of raw, top end strength.

But the problem is that you also have these little things called tendons, joints, ligaments, and stabilizer muscles that need special care and consideration as well.

Most people never consider if those parts of the body are developing at the same speed as their nervous system and bigger muscles such as the quads.

You can have the necessary posterior chain strength to do a 450-pound squat, but what about the supporting cast. Are your quads, piriformis, psoas, rectus abdominis, external oblique etc ready?

If all you do are hernia- inducing heavy ass back squats, no, you aren’t ready.

You might be able to do it once. But do it a few more times and tell me how your body’s doing. I’ll bet anything you have at least one part of your body that starts to ache or get strangely sore all around the clock.

That’s your body trying to talk to you. It’s saying, “What in God’s name are you doing?” “And why are you only picking up this one heavy rock for exactly one rep over and over again.” “How is this good for survival.”

Maybe not. I don’t know what it thinks, but it damn sure doesn’t appreciate your one low rep showboating in the gym.

Listen to those little aches, joint pops, and other little things that hurt. If you don’t, you are taking a one-way ticket to injuryville. I’ve been there too. I hurt my shoulders a couple of years ago from heavy benching.

Think about, when you meet long-time lifters, what’s the one injury they’ve ALWAYS had?

It’s that torn rotator cuff, isn’t it? That’s because they got gung-ho about benching heavy when they first started lifting.

They learned to do the perfect chest popping, back arching momentum swing when they benched. Thus, they went up in weight rapidly.

Parts of their body were strong enough to handle it all. Many other areas were not.

They probably started to feel a lot of pain, shoulder popping, and other problems too. They should have backed down but they just kept powering through it.

Next thing you know, they get a real loud pop, and they are out of commission for awhile. So yes, there are massive downsides to being a powerlifting style minimalist. That’s why I don’t encourage that for anybody. There are some people who get away with it better than others.

It’s still not recommendable for most. So yes, change it up for sure. But this is where you can’t go crazy in the other direction either.

Don’t become a perpetual “muscle confusion,” dork who has a fetish for angels, tempos and rep or set schemes.

And don’t become obsessed with doing every single goofy looking movement that has ever been invented.

Injury rehab is the only time you should ever be using a variety of movements where you can’t use a significant portion of your overall strength.

This is true for isolation movements as well. Even a heavy triceps kickback is still heavy for your triceps (even if that’s literally ten pounds).

Even then, pick the most proven ones for your sport, and call it a day.

No, you are doing more harm than good with a bunch of silly weird bodyweight exercises and dancy, spinny stuff. It isn’t the best way to build overall fitness or what is called GPP (General Physical Presence).

Let’s take a look at that right about now.

Okay, Bosu ball’s aren’t the worst thing in the world, they’ve become the poster child for wacky “functional movement.” Functional movement is all based on the principle that the world isn’t a weight room, and you’re not always doing things on a flat, perfect surface.

It also assumes that doing exercises in some strange, haphazard way has a great carryover to the resistance you’ll meet in the real world.

Here goes a bit of confirmation bias on my part. I can’t recall a time when anything in real life required a very awkward press on an unstable surface.

Never was I forced to do dive bomb pushups to swoop under something dangerous and then come up again.

The point being that most Bosu ball type movements are not relevant to an athletic movement you might have to make in the real world.

My Dad is a tired and true blue-collar boy. He has done most types of awkward heavy carrying, strange twisting with wrenches, pinching of heavy plates, and other manual labor

Random circuit training involving strange side oblique pull-ups wouldn’t have helped his overall fitness in the job place. You know what would’ve?

The most basic versions of the above five to seven I mentioned above. Those help a person handle that awkward, heavy steel rod you have to carry. The overall brute strength you get by heavily loading efficient movements like a deadlift or squat allows you to do awkward lifting better.

Again, doing a bunch of weird pushups won’t, at least not as well as just doing the best normal pushups you possibly can. Better yet, do normal pushups, but just start adding more resistance over time. Again, the pushup is a fundamental movement that strengthens everything in the body.

So, if you get to where you can do a lot of weighted pushups, you’ll be a lot stronger and more fit in every way. That doesn’t mean variations aren’t good. There are variations to every movement that is worth doing.

In fact, some are necessary to a well-rounded injury-free body.

But, keep a discerning eye and ear out for necessary variation and wacky variation that is more trouble than it’s worth.

Ask yourself a few questions with all movements you see:

There are others you can add. But that list is good enough to discern the worthwhile from the wastes of time.

Waste of time is a little strong. But, I’ll say this,

If you aren’t solid in your form, technique, and strength level in the big lifts, then you have no business doing wacky stuff. Save that for when you are already strong, and you need to squeeze every last bit of performance out of yourself.

Most of you won’t ever even make it to this level of athletic performance. It’s a nonfactor. For you guys, stick to mastering and getting stronger at the basics.

There are sport specific movements. For example, MMA guys do medicine ball throws, because there is a very specific need to build endurance to grappling. When your sport requires you to clench up and throw guys off of you constantly, you do this movement.

Yes, that does mean you should do more than only the big three power lifts or curls for the girls. We’ve already talked about the horrendous results that’ll give you.

But no, you’re not really missing out because you’re not doing twerk presses into spinning back kicks. That might look interesting, but it’s probably not a necessary exercise selection.

It may or may not confuse your muscles, but then again; it’ll definitely confuse the people in your big box gym. And I can’t knock you if you’re into that kinda thing.

That’s all for now, talk to your health and fitness nuts later! 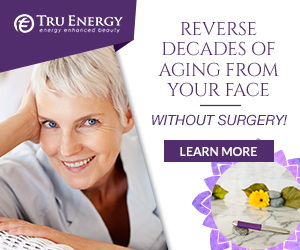